Please help support this great cause! Paul Muir is participating in the Blackmore’s Sydney marathon in September to raise money for Wheelchair Sports NSW. The Vision of Wheelchair Sports NSW is ‘to enrich the lives of people with a disability through participation in sport.’ Read more: http://bsrf2014.gofundraise.com.au/page/Paul4Wheelies2014# 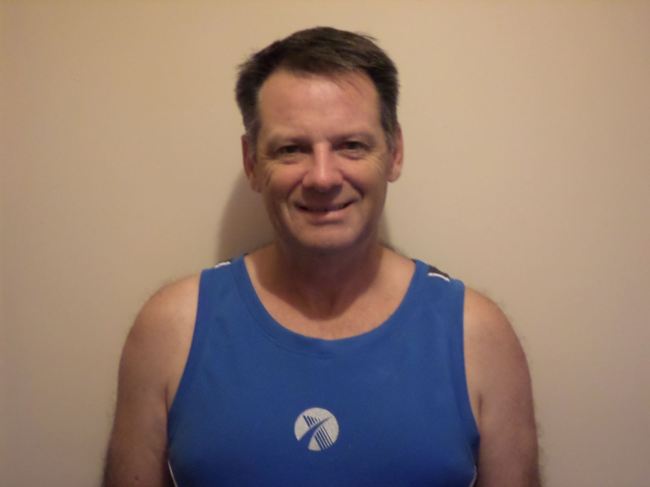 In Australia, 1 in 5 people have a disability, however only 21% of females and 28% of males with disabilities participate in sufficient amounts of physical activity. 75% of people with a disability do wish to participate more in sport however costs can be prohibitive due to ongoing rehabilitation, treatment and modification to home/cars. Costs are constant and ongoing with basic sports wheelchair maintenance alone costing over $100 a year.

Paul’s goal is to raise $10,000 so more people with disabilities have the chance to enjoy the benefits sport can bring to their lives. As an example, $250 will enable a child to attend a dedicated sports day hosted by senior wheelchair athletes. $550 will enable a child to attend the annual Christmas Sports Camp. $2,500 will purchase a specialized sporting wheelchair.

Thank you for your support!

More inspiring work from Cayden and Connor, the brothers who compete in triathlons as a team. They’ve just campaigned to have a wheelchair friendly playground near their house so everyone can enjoy. Selfless and such inspiring work!

Cayden Long, 9, has cerebral palsy and uses a wheelchair. His family was accustomed to driving almost an hour away to use a playground he could access, Good Morning America reported.

Big brother Conner, 10, wasn’t shy speaking out about the injustice. He voiced his opinions on a panel hosted by Miracle Recreation, a company that builds commercial playground equipment, mentioning how hard it was to find a playground that he and Cayden could both play on together.

His brave and honest words prompted a response. Miracle Recreation agreed to build a wheelchair-friendly playground in White House, Tenn., where the Long family resides.

The grounds, which officially opened earlier this month, is inclusive for all children wishing to have fun, regardless of physical disability. According to the brothers’ community Facebook page, Conner named the playground A Roll Around the Park, in honor of Cayden.

This isn’t the Long brothers’ first time in the spotlight. Conner was initially invited to attend the Miracle Recreation panel because of his heartwarming efforts to include Cayden in the triathlons he competes in. The duo has never placed in the competitions, according to The Tennessean, but that doesn’t matter. Conner guides his younger brother in the grueling contests, regardless — Cayden rides on a trailer on land, and in a raft during the swimming portions.

“It’s not always about winning,” Conner told the outlet. “It’s about having fun and crossing the finish line, and Cayden and I love to do it together.”

The brothers’ touching story of triumph inspired others from coast to coast, including NBA star LeBron James.

An Israeli company has developed a technology that allows wheelchairs and bicycles to travel more comfortably over bumps and down stairs. Softwheel says its ‘symmetrical selective in-wheel suspension’ system is designed to absorb the impact of obstacles in the road, and could be adapted to suit any vehicle with wheels. 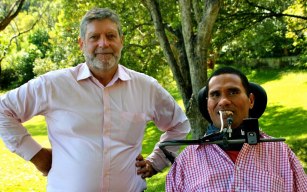 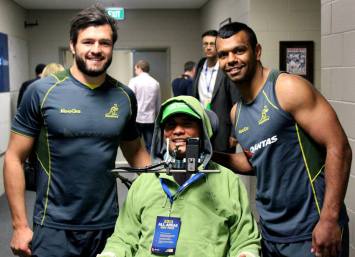 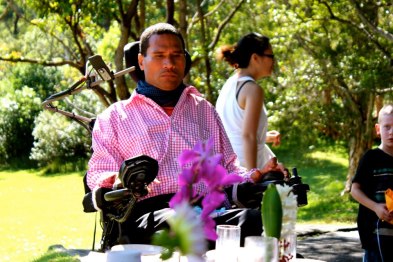 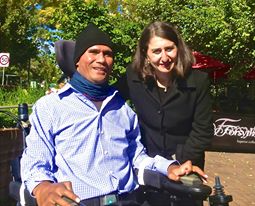